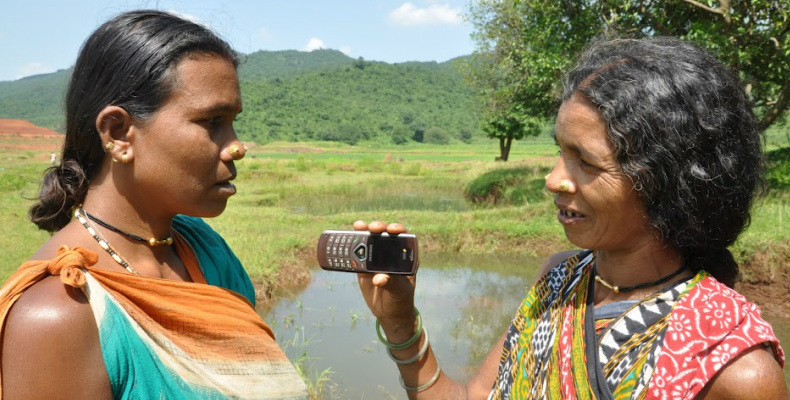 77% of the world’s 6.8 billion mobile subscribers live in the developing world [1]. However, in many developing countries, smartphone penetration is still in single digits [2]. For example, in India, only 5% of the population use a smartphone and only 16% have access to the Internet [3, 4]. Moreover, 26% of the Indian population is illiterate [5]. These challenges mean that a majority of the ‘next billion’ marginalized people in India and other developing countries still rely on voice calls made using a basic or feature phone to meet their information and communication needs and are thus unable to reap the benefits of the Internet and social media revolution. My research focuses on understanding the information and social media needs of low-literate low-income marginalized people in the developing world and the barriers that they face in connecting with the rest of the world.

I have designed and developed IVR Junction [6], a free and open source software tool that facilitates the creation of scalable, distributed and intuitive voice forums, akin to “voice Facebook” or “voice Twitter” for marginalized communities. IVR Junction provides global reach to the voices of disadvantaged people in the developing world. Using IVR Junction, callers can record and listen to posts using basic mobile phones and the global community can listen to their voices on Facebook and YouTube. IVR Junction has a distributed architecture that enables affordability, scalability, flexibility and robustness to regional outages. IVR Junction is already impacting the lives of thousands of people in countries like India, Somaliland and Mali. Almost 15,000 people have collectively made 50,000 calls to voice forums deployed using IVR Junction. These people have stayed connected for almost 3000 hours while consuming and contributing social media posts. IVR Junction has been used by the Government of Somaliland for civic engagement [7], Voice of America for citizen journalism and feedback [8], and by women rights activists to run a voice petition campaign in response to the 2012 Delhi Gang Rape incident [9].

The interaction with SwitchPoint attendees will help us improve our research and appropriate IVR Junction to other challenging scenarios.